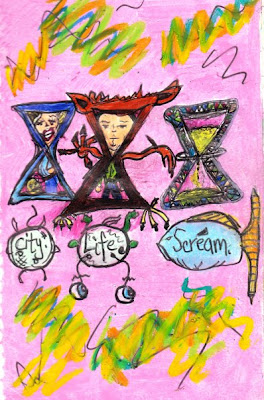 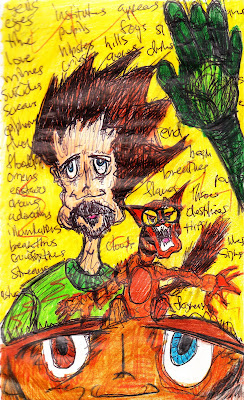 Check out this instrumental groove of the end of all things

Moloch was an Old Testament figure; he was the anti-God. The pagan god. Outcasts. He punished with fury. To Allan Ginsberg, he was the American 50's 60's civilization and persecution of minorities of different appearances and sexual orientations. He was the fury coming down on all. This of course was an actual movement or 3rd part of the epic poem Howl. One of the most perfect modern poems in our history, tested the limits of Free Speech.

We are Son of this Moloch. This facade. True Blood is a show on HBO and recently began to touch upon chaos and this fabrication called culture. We are man made. Not made of God but Moloch.

Clint was on Bass. Nick on drums and speaking Howl aloud incredible acumen for voice, and (g)alacticSON speaking and singing.

Screaming Moloch at the top of your lungs in the middle of night invariably increased the adrenaline pumping from our brain stems, bulging, large doses in rushes into a shocked and startled physiology.

The references in the following track feature readings from Ginsberg but also a great philosophical leader, Albert Camus, an existentialist, who wrote famously The Stranger. But one of his most controversial works was a condemnation of his time's existential philosophy, entitled, The Rebel. It was a break from his peers. And so he rebelled, and he was expunged from the inner circles of Sarte et al., yet still won the Nobel Prize having the courage to take on newer, more progressed ideas of Moloch.

And of course, this all sounds to us as a groan across the cosmos, a collective fog of thought reigning and raining above us.

The words and vocals came about months from the initial creation of these sounds building you into a trance, venom slithering into your neck, sinking in, the toxins exploiting the rigid nerves of mother culture pulsing through our bodies.

geppettoGESTAPO is presenting to you, Sons of Moloch and their epic song of philosophy and modern poetry, repetition experimenting in sound and spontaneity built by Clint of Mokshya/gG and his mastermind Nick H. Selsby (haha).

A work of art meant only for the patiently seeking.

Check out the FreebieEP. It's Free. Promise.

Hey for all you out there, swinging by and jammin tracks and podcasts. Check out our official podcast blog:

And check out our FreebieEP! It's free and a taste of what's in store. New EP Lost in the Fog out this fall and our first record- Tales From Beyond the Galactic Fog. 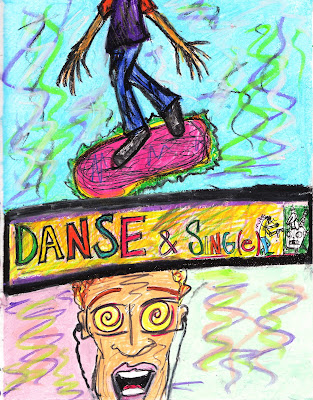