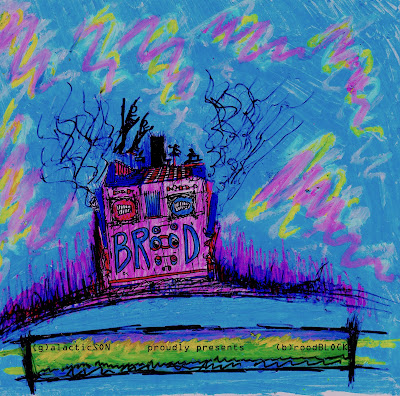 Been a rainy season here in San Francisco, snowy in other parts of the US, and disastrous to entire populations on small islands like Haiti.

Where is the world going?
Which part of the slope are we on?

This sort of paranoia just saturates me at this point. Obama came into the office and the country split further, fragmented, and special interests won the day, yet also drove the people to bring back a balance. Therefore, the most consistent thematic element in this block of brooding is . . . change.

Examing change and the thoughts and minds of the people and how hard it is not only to change a financial situation but a social situation, as well. We are at times one voice, connected at all moments, but at others disconnected from real knowledge and social interactions to create sympathy, altruism, and refrain from callous indifference.

But the lines were drawn in the sand long before now, because as the millennium neared, we added wooden poles, then later in to the millennium we built fences, then bricks, then steel, then mines and heavy artillery, till all we became were a series of elephants in the room. In the news we watch, in the people or products we support, the massive division within American society seems to grow, strengthen. But all is not lost, we don't need to agree on many things but respect each other, believe we are striving to overcome this moment, and we need to learn, we need to all grow individually and seek out our dreams while bettering our communities. This is the America that led to its leadership and ever prosperity.

Because the American Dream, once aligned with Manifest Destiny across East to West, now continues on in foreign sand and in Walmarts on every block. What once was striving for self improvement and societal commitment has changed to exaggerated aspects of individualism and narcissism. We are not lost, however.

Because we are still these people, even if there are those who have put their own wealth and gain above you and I, those who have taken advantage of our faith in what I have just described as a once robust yet flawed American society. We believed in our leaders to do the right thing, and now we can't seem to trust anyone or anything.

So what to do given this?

As I step off the podium, in summary, this is the feeling of what's going on here. Littered within it's 99 minutes of 99 problems examined in 99 different metaphysical ways, you will find many quotes and songs from influential political, social, artistic individuals. Some of which were all of these profession at the same time.

We have hip hop, punk, electronic, rock, and things unclassifiable, because the lines are blurred more than ever and art manifests itself as the ultimate emergent of our people and technology. We can once again explore space travel, and create a universe of positivity and infinity on our own planet.

I hope you enjoy the block. All the thinkers, music lovers, and philosophers are hanging out waiting to speak with you and to listen to you.

So step up to the podium, let your voice be heard.

Thanks again to all my friends who request it, support it, download it, and help ME continue it. Love yall!

Where do I go to gather this all: